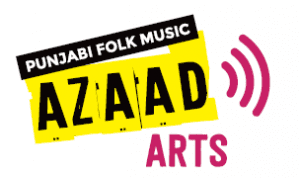 The Azaad Dhol Group have been rehearsing at the Wolverhampton Music Service since the middle of May and the students have enjoyed playing live music again.

Azaad Arts with collaboration with the Wolverhampton Music Service will be involved in workshops at the Newhampton Arts Centre on Thursday 12th August. Timings for this family activity are 11.00am to 3.00pm (approx. timings)

The group will be performing at the annual Asian Celebrations in the community on Saturday September 11th at The Community Centre, All Saints Rd, WV2 1EL.This event starts at 12.00pm to 3.00pm and Azaad Arts will be opening the show and hosting a mini workshop.

In November we are hoping to have our first community event of Diwali Celebrations at the music service, so watch out for more details.

We would like to encourage more students to the new Bhangra Fusion Percussion Ensemble starting in September at the music service on Thursday evenings 6.30pmto 8. 30pm.We would like as many different types as possible and styles of percussion, in making a unique percussion ensemble which will have influence of all sorts of styles from around the World.

New graded World Music exams are coming in the Autumn term with a partnership with PRSSV examinations to the music service. Dhol, Tabla, Sitar and hopefully Djembe will be offered to students who want to progress in the route of getting grades to further their instrumental attainment. 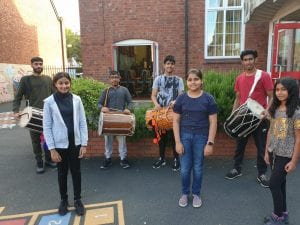 The Intermediate Dhol Ensemble Group have been perfecting and polishing their current routine which consists of 8 beats in total. They have shown dedication to learning all of the beats in a quick time frame as well as showing enthusiasm to improve their technique. They are now also learning a more technical beat called the ‘Laggi’ which is also used by the advanced Dhol Group!

The Advanced Dhol Group have also been perfecting their routine, as well as learning and practicing individual ‘solos’ which have been taught to them on a one-to-one basis. Despite the routine being mainly Bhangra focused, the group have also made some great progress with learning more ‘Folk’ and ‘Sufi’ beats which can require a high level of technique to play correctly.

It shall be very exciting to see how the Advanced Group develops over the course of the next year as well as hopefully seeing some of the students from the Intermediate group moving up into the Advanced Group!