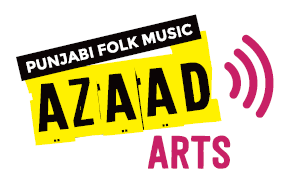 Dhol performance at The Royal School.

My Dhol student Ryan Lakhanpal in year 3 performed in the Primary Music Showcase at the Royal School, he played a Dhol routine with folk beats from the Punjab.

Ryan will be the youngest student to join our Bhangra Fusion ensemble (Azaad Dhol Group).

Azaad Arts and Wolverhampton Music Service (along with Beatsabar Music Project) recently launched the pilot for ‘Become a Beatmaker’, A series of workshops intended to teach students the basics of Electronic Music Production. The pupils will be using GarageBand on Macbooks and exploring various genres including Rap, Drill and Grime. The first lesson went really well, and the students seem to be excited for what’s in store next! 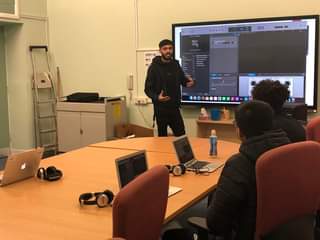 Azaad Arts and Wolverhampton Music Service will be collaborating in its first community and cultural Vaisakhi showcase on Saturday 30th April at the Music Service.

Vaisakhi is an important part of the Sikh religion and Punjabi culture that is celebrated throughout the UK and all over India. Vaisakhi is the remembrance of the birth of Khalsa, as well as a celebration of the Punjabi New Year and the Spring Harvest. At this event we will have cultural musical performances with a mixture of modern and traditional themes.

There will be some refreshments and a chance to see some Indian instrument’s close up and even have a go on.